My Salewa adjustable crampons, which had seen service since 1976, were finally replaced today as I purchased a lovely pair of yellow crampons from the Cotswold Store in Betws Y Coed.  It was clear that there was snow on the mountains but the weather forecast was just abysmal.  It was one of those days when an afternoon with a good book by the fire was preferable to struggling up a wind blasted Welsh mountain side.
Amazingly though the torrential rain, which had been a pouring down for the last couple of hours, stopped as I walked out of the shop and so the reasons for not going on the hill were rapidly disappearing.
I decided to follow the path into Cwm Tryfan, hoping that I would get some shelter from the wind and if at any time the conditions deteriorated too much it would be relatively easy to retrace my steps.  As it turned out I had an interesting few hours and didn't see anybody else all the time I was walking.
Sadly though I didn't get to use the new crampons. 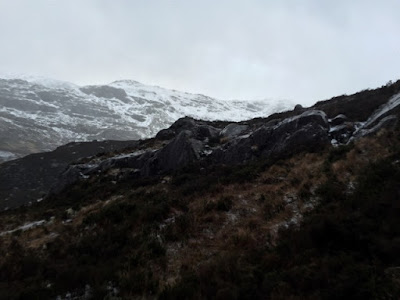 Leaving the A5, conditions were really wet under foot but it was clear that there was snow higher up. 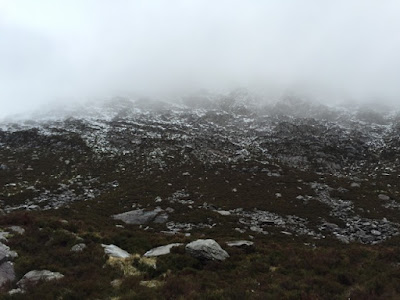 The east face of Tryfan, disappearing into the cloud. 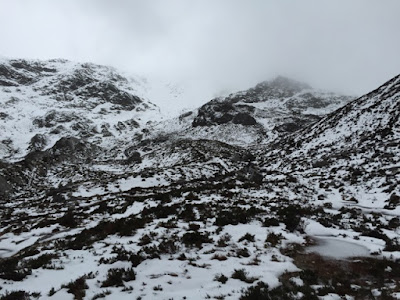 Looking up towards Glyder Fach 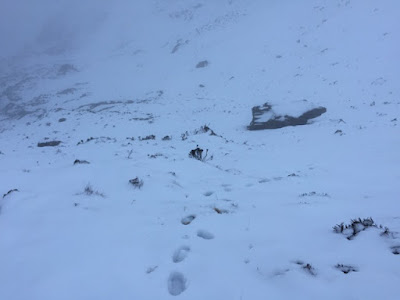 I headed up this slope to Bwlch Tryfan.  On the way up I has considered crossing the col and heading back to the car by Cwm Bochlwyd but the gusts of wind were so strong I preferred the shelter of my ascent route. 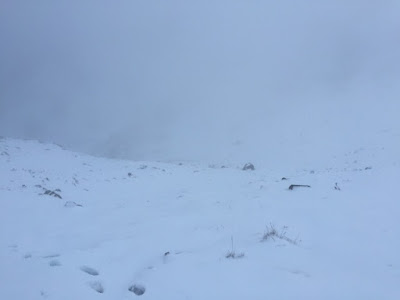 Just starting the descent, back into the relative quiet of Cwm Tryfan, trying to seek some shelter from the strongest gusts of wind. 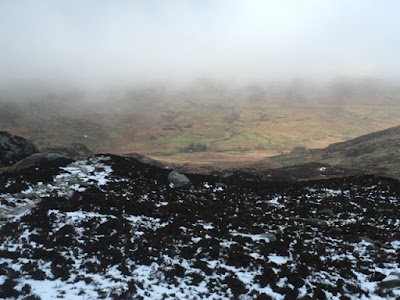 It almost appeared as if there was some sunshine in the Ogwen Valley but it had certainly disappeared by the time I got there.  Replaced by heavy rain and a howling wind.  It was just past this point that I was blown off my feet by a particularly strong gust.  Time for coffee and cake in Capel Curig.
Posted by Kevin Mansell at 11:26 pm No comments:

First Paddle of the Year

Today was one of those days when it would have been so easy to stay in bed or to go to the gym, but it was well worth making the effort to head out in to the rain.  With strong winds from the south blowing the north coast was the only really viable option.  Bouley Bay to Rozel and back.  A good run out for my first paddle of the year. 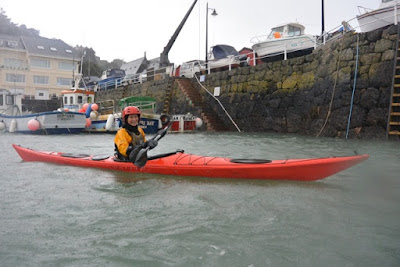 Kate inside Rozel Harbour.   Just about to head back. 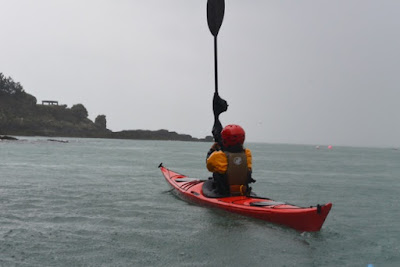 Kate trying to get a bit of help from the following wind. 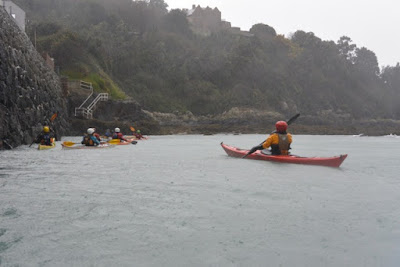 The north side of the harbour wall provided some shelter from the strong offshore wind. 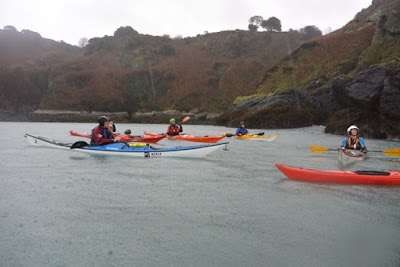 Relaxing paddle back, not rushing as the thought of getting changed in the rain wasn't too appealing 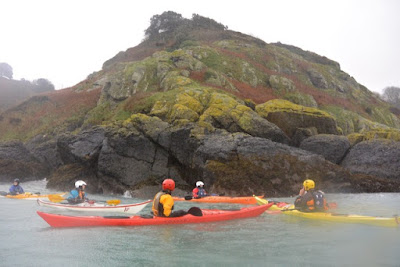 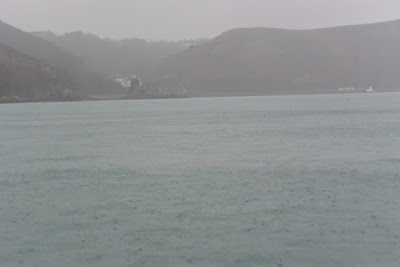 At times the rain was so heavy that it obscured the finer details of Bouley Bay. 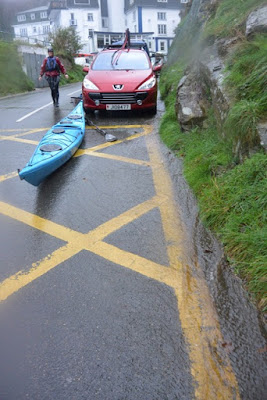 Water was running down the road with some considerable force and then amazingly after we had tied the kayaks on the cars the rain stopped and we were able to get changed in the dry! 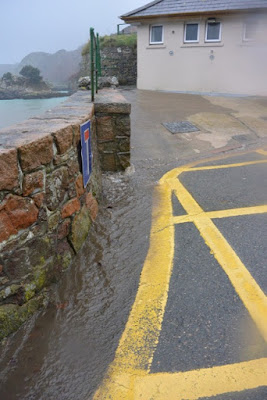 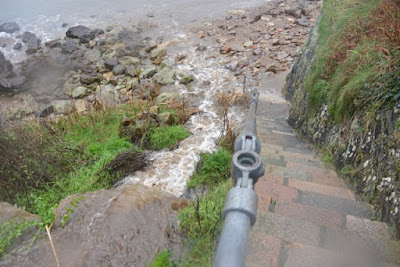 Water pouring down the steps and onto the beach had discoloured the sea. 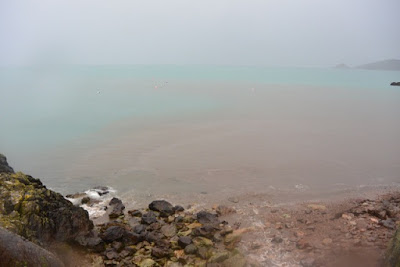 Posted by Kevin Mansell at 4:49 pm No comments: